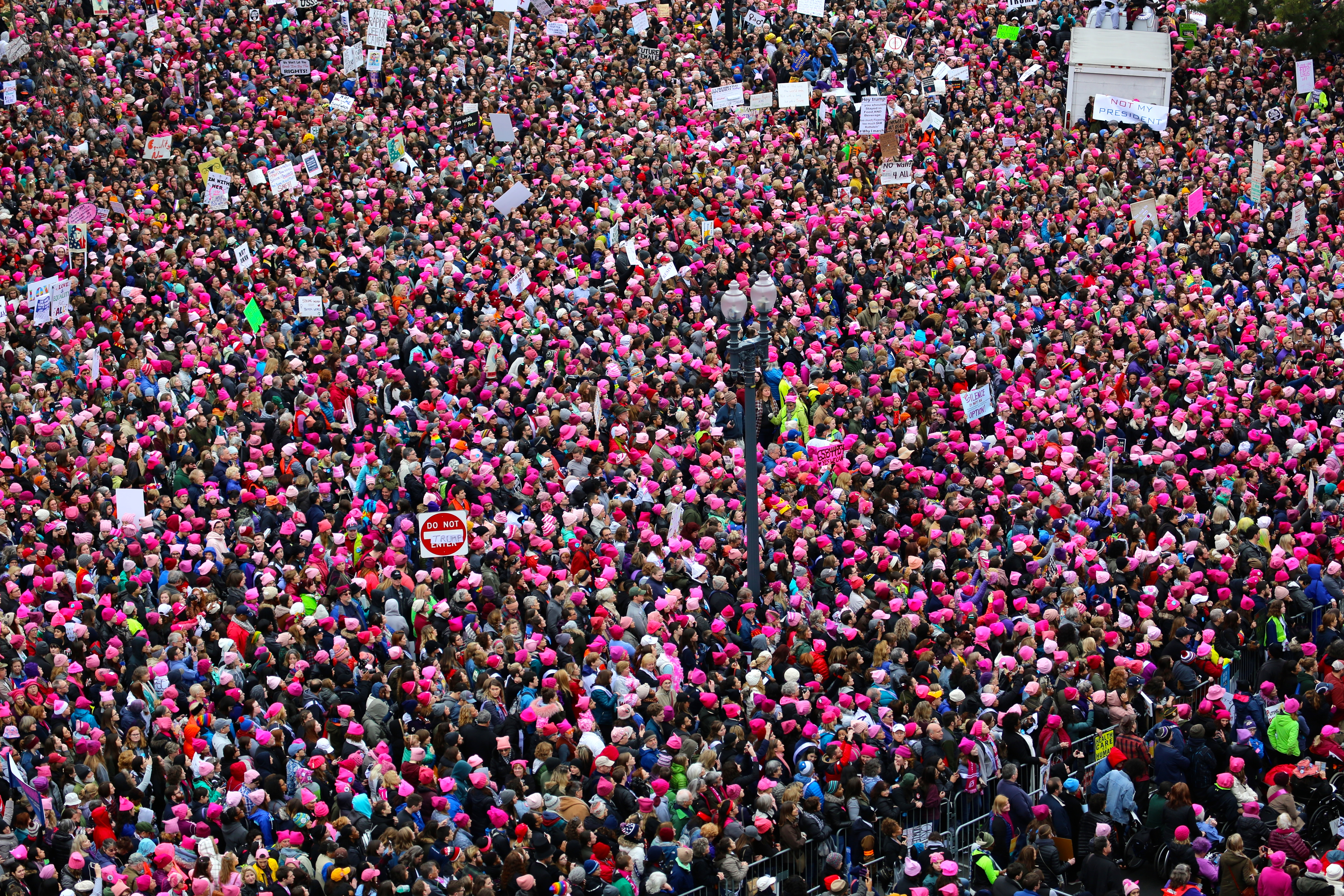 This is the first in a blog series exploring how we can tackle inequality through greater accountability.  This blog illustrates the huge gender inequality and accountability gaps that exist throughout our society as has been seen in many of the recent sexual abuse scandals across many different sectors and institutions. It was written in collaboration by Catherine Manning, with overview and advice from Social Value UK Gender, Inclusion and Impact Management working group members Yasir Dildar, Kai Hopkins and Seirian Sumner, SVUK board member Jenni Inglis, and SVI board member Jeremy Nicholls.

Over the last few years, the mainstream media have exposed numerous sexual abuse scandals across varied sectors of society, that highlight a lack of accountability that is rife throughout. The entertainment industry has seen countless incidents of sexual abuse come to light[1]. There have been numerous stories emerging from the world of business about gender inequality and abuse in the workplace[2]. In the public sector, there is growing evidence of sexual harassment and assault in Westminster, with descriptions of ‘a culture of sexual harassment’ between MPs and their staff. And most recently, this summer we saw the expose of sexual exploitation and abuse in the aid sector.

In July 2018, the UK House of Commons International Development Committee published a report stating that aid groups have shown ‘complacency verging on complicity’ in responding to sexual abuse that is at ‘endemic levels’ across the sector. The report highlighted some of the devastating knock-on effects of abuse.  Social and economic outcomes include loss of education and skills training, reduced employment opportunities and social exclusion.  Health outcomes include unwanted pregnancies, abortion, and exposure to sexually transmitted diseases. The negative consequences of sexual abuse are well documented in many different studies (for example IICSA report: The impacts of child sexual abuse: A rapid evidence assessment).

Sexual abuse is not unique to any one sector; the #metoo movement has given light to the fact that sexual abuse and harassment are prevalent across all sectors. There are many factors contributing to this and we will come to more broad gender issues later. In the case of the aid sector, it is deeply concerning that such abuses are being found within organisations and sectors that are explicitly set up to tackle inequality and help vulnerable people. In the case of harassment and abuse in UK political institutions, harassment and abuse are taking place within the power structures that define our society.  Like many across the UK, and beyond, we have been asking ourselves – how has this been allowed to happen?

“Until the (aid) sector is fully prepared to address the power imbalance, cultures, and behaviours that allow sexual abuse, exploitation and harassment to happen, we will never stamp it out.”

At Social Value UK, we fully agree with this statement. Tackling cultures and behaviours that lead to sexual abuse is not something we specialise in, however, a lot of our work through impact reporting is about tackling power imbalances. With Social Value International, we aim to reduce inequality and increase accountability through a principles-based measurement and reporting framework. This framework of principles is designed to give space for the voice of all stakeholders to be heard and valued, explicitly focusing on the ‘beneficiaries’ of activities. To meaningfully account and report on the outcomes of your activities it is imperative to amplify the voice of those that are not normally given space to be heard.  It is about shifting enough power to provide people with the opportunity to tell their stories about how their lives have changed and what is important to them. There are already many types of feedback or reporting systems in place, which we will look at in the next section.  However, do these systems provide the necessary step of ensuring people’s views are responded to and acted upon?  This is not simply about asking people for their views, it is about ensuring these views are responded to and their voices are amplified and made public. Simply having a mechanism in place is not enough. It needs to be used properly.

What reporting mechanisms are already in place?

There is a long history of ‘assessment’ or ‘monitoring and evaluation’ of programmes in the aid sector, public sector and in business environments.  There are many systems in place for gathering staff, customer or client feedback, such as internal staff surveys or customer surveys.  There are also standardised complaint systems put into place in many organisations.  However, we must ask ourselves whether this is providing an effective mechanism to hold organisations to account. With organisations able to ignore what they hear, a valid concern is a lack of trust in the current systems because the next step of responding to, publicising, and acting upon the information is often not in place.

Looking at evaluation (or monitoring, or impact)  reports, these may be satisfactory to funders who want to check progress towards programme goals but are traditional reporting mechanisms doing enough to capture the unintended outcomes of their programmes? Are they capturing consequences of activities rather than being entirely goal orientated? Even if they are capturing relevant information from the right sources, is there enough internal demand and external pressure on organisations to respond to what they hear? Our sense is that firstly, few organisations have the right mechanisms in place to capture the sort of learning that is needed to tackle abuses of power. But secondly, even if they are – there is a reluctance to cede power, to change how we work, to respond to the voices of those around us. Accountability is too often a tick-box exercise that doesn’t result in the shift needed to truly challenge our own behaviours.

We believe that M&E or ‘impact reporting’ should be part of the checks and balances in place when services are being provided to vulnerable people. It should facilitate open dialogue and ultimately allow different voices to be heard, those of people who are not usually given a chance to speak. Instead, many organisations are reporting what they want to report and ignoring the rest. MP Stephen Twigg, Chair of the (House of Commons International Development) committee, told CNN that in effect, organizations had often put “their reputation ahead of women, children and other victims of sexual exploitation and abuse”

Many social purpose organisations speak of a participatory approach to evaluation and even project design. This is also advocated by many evaluation specialists. We must ask the question, however, that if this participation was actually taking place would there really be such widespread abuse of power, and in this instance, sexual exploitation?

Unless this participatory, people-centred approach happens, and unless it results in appropriate action within organisations, the power imbalance will be maintained. For this to happen, there needs to be strong pressures from both within an organisation, and from those who fund and support it, otherwise, it will be business as usual. This will mean that organisations responsible for the abuse will not have learned from their severe failings and further abuses of power are just around the corner.

Gender inequality, power imbalance and abuse of power are widespread issues. The aim of this thought piece is to look at widespread inequality in relation to gender and the abuse of power that contributes to this and address this in reference to Social Value International’s message that ‘social accounting’ or impact reporting can play an important role in reducing inequality and improving accountability.  Social Value UK are working with members in the Gender, Inclusion and Impact Management working group to develop greater societal recognition that gender still matters; to champion the principles of social value in activities that are addressing power imbalances leading to gender inequality. In doing so, we will develop standards of practice for gender mainstreaming in social impact measurement.  Please do get in touch if you would like to find out more about the group, what we are doing, or how to get involved.

As we have looked at earlier the causes of sexual abuse are not isolated to one sector nor will they be eradicated with different reporting systems – they are of course part of a wider societal problem. Gender inequality, gender-based violence, and sexual exploitation are global issues.  We do believe that a principles-based approach to accounting for value will provide a framework for engaging stakeholders and championing the voice of people, but addressing embedded gender inequality and sexual exploitation will require wide-scale cultural and systemic change in our society.

‘Patriarchy is like the elephant in the room that we don’t talk about, but how could it not affect the planet radically when it’s the superstructure of human society’ (An DiFranco)

Sexual harassment and abuse have been found to take place in public spaces, including workplaces, both internationally and in the UK.  Plan International have recently released a report finding that 2 out of 3 girls in the UK have been sexually harassed in public.  There will need to be a widespread change of attitude, change of culture and change away from discrimination and abuse of power both internally in organisations, from organisations to those they have power over, and in wider society.

Progress?
An era of #metoo and #timesup is starting to give women, survivors of abuse, and potential whistleblowers who haven’t felt safe or supported in speaking out, the avenue, confidence and ability to do so.

The ‘Sexual exploitation and abuse in the aid sector’ report has called for a number of changes including improved processes for reporting of sexual abuse, the safeguarding of whistle-blowing systems, and a change in culture at humanitarian organisations.  The report has highlighted that survivors should be included in the policy-making process and called for the establishment of an independent aid ombudsman to whom victims seeking justice could appeal.

All the above ideas should be welcomed, however, the existing method of accountability needs to be strengthened too.  The Charity Commission lists ‘holding charities to account’ and ‘dealing with wrongdoing’ in their 5 strategic aims for 2018-2023. Surely a part of this should include a reporting framework that covers all material outcomes (or consequences) of an activity, whether positive or negative, as opposed to an approach that is largely goal orientated.  If the reporting does not explicitly talk about shifting power by listening to and valuing, the voices of those who don’t normally have power, then this latest review of the aid sector will once again cover up the truth, to protect reputation.