How can we stop Social Value being marginal in economic decisions? 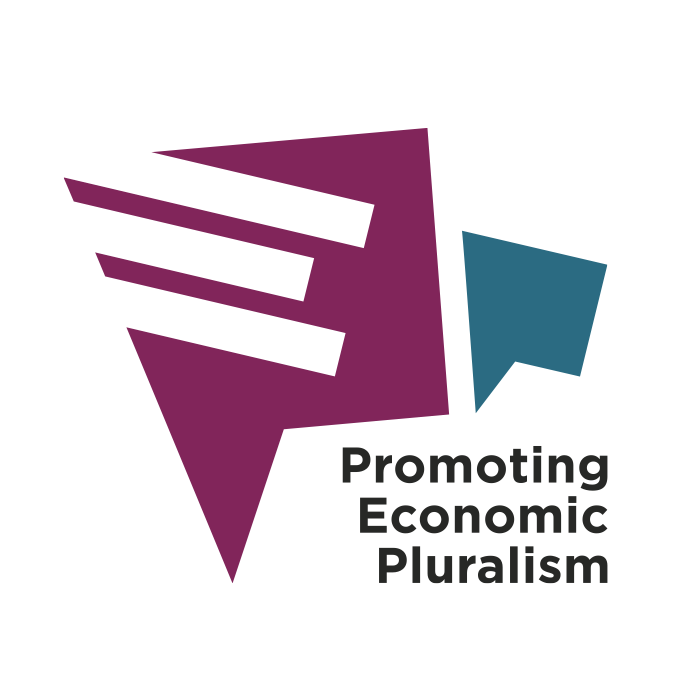 At SVUK recent conference we discussed the need to create a movement around social value. Henry Leveson-Gower from Economic Pluralism shared his views on how macro-economics needs to be completely revamped to incorporate social value.

Mainstream economics justifies the primacy of individual shareholder interests. Unless we challenge this paradigm, social value will remain marginal. This may seem a major ask, but the humiliation of mainstream economics in the crash 10 years ago has weakened it. There are clear alternative frameworks and with your support, we can raise their profile and legitimacy.

As we know homo economicus (the economic man) seeks to maximise their own utility. They only consider others in as much as that is required for their own benefit. They have no connections and no relationships, they are essentially selfish.  Social value has no meaning to them. Hence shareholders can be portrayed in accounting as only to having individual financial interests.

Many claim that companies and their shareholders can only thrive in the long-term if they do operate in the interests of these wider stakeholders. So, we don’t need to worry.

However, this thesis seems to ignore the fact that the short-term doesn’t go away even if companies seek to focus on the long-term. Shareholders do have short-term demands as Unilever knows too well. And the need to survive in the short-term can be at the expense of longer-term wider benefits.

Surely if companies ultimately privilege the interests of shareholders, we fundamentally cannot trust them. Hence the only way to have companies that we can trust is to redesign the corporation so social and environmental interests are at its core. This may be a big ask but The British Academy already has a project to do just that lead by Oxford Professor, Colin Mayer.

However, such reform involves a full-frontal assault on the fundamentals of mainstream economics as well as a powerful set of interests. In the light of that, how can we make space for this sort of thinking?

The Crash revealed the extraordinary inadequacy of economic models and led to the students’ revolt against their economic teaching. There is now regular commentary on the ‘crisis in economics’ in the mainstream press. The ESRC, the Government’s economic research funder, has established a centre to ‘revolutionise macroeconomics’. The Bank of England, EC and OECD are all exploring new modelling and analytical approaches.

This has not, however, meant that there has been immediate reform in top economic departments – mainstream economics itself suggests that monopolists will resist competition. However, they have been fundamentally weakened and put on the back foot.  There is now an openness outside academia to new ideas that have not been seen previously.

We are seeking to capitalise on this by raising the profile and legitimacy of innovative academics outside mainstream departments. There are a wide range of academics on the margins of the economics profession who have built on a rich legacy of thinking on institutions, complexity and uncertainty from the likes of Keynes, Schumpeter and Polanyi which had been discarded by mainstream economics.  Furthermore, academics in other disciplines have turned their attention increasingly to socio-economic issues.

This disparate group is growing as it draws in new young researchers, many inspired by the students’ movement for curriculum reform and high-profile non-mainstream economists such as Steve Keen and Ann Pettifor. However, it is fragmented across disciplines and departments without a common identity or much traction with policymakers as yet.

We intend to work with these innovators and other stakeholders to build a common identity and most importantly an increased profile outside academia to be able to influence policy and practice.

As a first step, we are doing this by creating an accreditation system for master’s courses that take a pluralist approach to economic teaching i.e. recognise more than one way of thinking about the economy and encourage critical reflection. This is a key potential interface between these innovators and students about to enter or re-enter work, many going into policy work.

This type of teaching is already happening in many of the departments and centres where these innovators are as can be seen in the list of courses here. It is happening in the same high-ranking universities where the economic departments themselves defend the status quo. Our initial will raise its profile and legitimacy.

Beyond that, you can get involved in actually co-creating this scheme. This doesn’t mean that you necessarily have to get involved in the detail or devote huge amounts of time to it. We will ensure people can give their views on the principles and broad approach as easy as possible. Please sign-up here to be involved and if you first want to find out more, sign up for a webinar here.

We look forward to building this new institution together to support the essential task of organising economies that put social and environmental values at the centre rather than the margins.

Henry Leveson-Gower runs Promoting Economic Pluralism, an organisation aiming to reform teaching, research and analysis carried out by the economics profession to draw on a broad range of economic methods and other disciplines. He believes this is required to ensure that policy and business decisions are better informed to address the social, economic and environmental challenges we face. He has been a practising pluralist economist for over 25 years and is also Editor of The Mint Magazine.