How do we better trust claims around achieving social value? 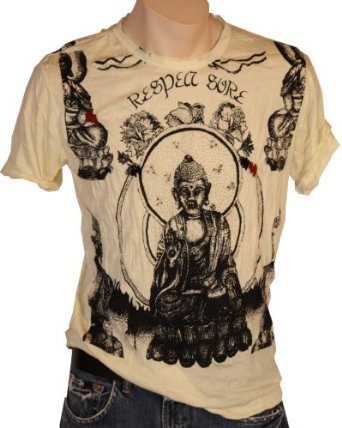 Just passed a guy wearing a SURE T-shirt – RESPECT SURE it said all over the front. Apparently a designer label, the guy looked like he was on a bit of a mission – had quite a stern look about him anyway, maybe a bit too serious looking for the particular mood that I was in. He came and went in seconds.

How do we respect sure?

Think of the last conversation of a decent length you had over dinner with family or friends. If your luck was in it might have been full of good humour, observations about life, maybe some decent debate, political discussion…… or just a series of some interesting facts….how much of what you heard or said – around the domain of reliable information – did you accept without much question?

Or, put it another way. How much did you need to know for sure that what you were hearing or saying was based in fact?

Now then – how boring this line of thought could get. Unsurprisingly, there is no massive prize for the outstanding pedant. We don’t need fact for quite a lot of human exchange – the ability to see the funny side, imagination, willing to be reflective are just a few elements that can take you a long way. But what about the times when human communication needs to be about important things that could influence or impact on the life of others or perhaps the course of your own life? Surely there needs to be some basis of fact for important decisions.

Recently, just around the time of the Olympics I was writing about the need for standards in testing claims around Social Impact. I mentioned Oscar Pistorius and the sets of rules he had to challenge and break through to successfully represent his country at both the Olympics and Paralympics.

How was I to know that a short time later he would take a gun in the middle of the night, blast down the door of his own bathroom and shoot his girlfriend to death?? Was it pre-meditated murder? How will I know? Will we ever know? Even when the trial has been and gone, how will we ever know – for sure?

Oscar’s fate will be decided somewhere between something called evidence and the balance of probability. And that will be deemed good enough. Yet, those of us who are interested and know the detail of this story will have made up our minds, perhaps against our better judgements. We will have given some thought process over to the ‘did he or didn’t he’ issue, come to a judgement and most likely without access to something we call evidence.

What side of the fence do you come down on in a given issue? How did you come to your judgement? How can you be sure?

Yet we can agree, I guess, that not all human interaction is composed of factual streams of information. How we judge matters can lie on a continuum between having an evidence base or facts that can be verified at one end and pure speculation or perhaps groundless assertion at the other. There’s a lot on the continuum between these two as well.

One of the key interests in my professional role as The SROI Network’s Assurance Manager is this whole issue of judgements we bring to bear on the reliability of information that is presented to the world in support of the activities of organisations – particularly those organisations with social aims. There’s a current buzz around Impact Reporting. Where do you think, on the continuum I’ve mentioned above, does most Impact Reporting lie?

How believable are the claims made in support of activities that in the end are aimed at making life better for others in some context or another? How do we judge them and where is the standard against which to make some judgement?

There’s a whole raft of human activity that is about making life better for others. You sometimes come across it in the business world (not always!) or in the financial world (definitely not always), or in communities working together for the greater good (not always). Lets just take the latter for now:

For organisations that have been created to progress social aims, there’s many a claim made about effectiveness. Whether it be working towards better employment prospects for community members, better health prospects, tackling disability, supporting older people, vulnerable young people or any of the myriad of community activities that are designed and set out to support people in need; there will be some form of reporting to the wider world about effectiveness and success.

The worry is that too much judgement around what can be relied upon is based on a feel rather than something more tangible and real. Lets make it real! We want to grab it, squeeze it, touch it, poke it, shape it a bit and then put it back the way we found it to know better that its real.

Impact reporting is something that many organisations and projects regard as important yet so much of it is rattled out without reference to any standard or verification process. How long will we believe that just constantly expressing a good idea will get us through? Or the label of past reputation will be enough?

So, he who shouts loudest the speculative message will not do it for us; we need to move along to something more in the nature of reasonable evidence. Further than this, some Impact Reporting may well require a more rigorous approach; towards a level of proof possible through scientific levels of evidence. Great when you can get it, and maybe needed for some situations but this level will be far more than is necessary or even within the reach of most organisations that want to get started on their impact reporting. What we need is something a bit lower order that will provide the balance of reasonable and verifiable evidence.

There has never been a more important time for various sectors to get together, consider, develop and ultimately agree standards for Impact reporting. We need some zone of comfort that the claims we are reading about have some basis in reality. We don’t need distracted by the nagging thought that the claims are rather empty;

Where did those numbers come from?
What is the justification for the use of that group of words?

The time has come that conjecture and bold assertion will not be enough for us to be re-assured that the impact report we are reading is not full of erroneous claims that in the end will backfire and damage the cause for us all. The good thing however is that there’s time. Its a developing field and needs to be. We need a standard approach. We need people to recognise the benefit of a universal language to sell our concepts.

In the world of SROI we feel we have made a good start on identifying some principles that bring clear context to what Impact reporting should address.

What important area of decision making – around activities designed to tackle social issues for groups of people – could not be much more effectively thought about, evidenced and reported on in the context of all or most of the above?

The next time you want to think about what your impact reporting is telling you, there may be benefit in judging the structure of your report and key messages against the above principles.

The SROI Network is keen to work with anyone who would want to join in the movement to better structure Impact reporting and improve its reliability. We could just talk about achieving this in partnership or you may want to use our report review service that provides feedback on how your existing evaluation work could be tested against the principles.

We think the principles are an important step. The future of Impact reporting needs to be about a concerted movement to better give important groups of stakeholders freedom from serious doubt about our assertions on their behalf.

Remember the T-shirt? Respect sure.